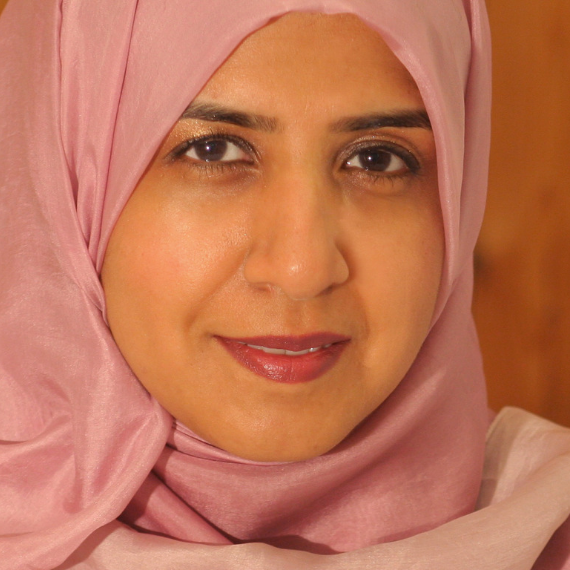 Follow on Twitter
Author of Love in a Headscarf
Writes for the Daily Telegraph, Guardian and the BBC
Named one of the world's 500 most influential Muslims

Shelina Janmohamed is the bestselling author of Love in a Headscarf, a memoir about growing up as a British Muslim woman. Her subsequent book, Generation M: Young Muslims Changing the World, is an exploration of the rising group of global Muslims who believe that faith and modernity go hand in hand, and that they are going to have a disproportionate influence on our future world.

Shelina is an established commentator on Muslim social and religious trends, particularly around young Muslims and Muslim women

She writes for the Daily Telegraph, the Guardian, the National and the BBC. She presented a programme on AI and Religion for BBC Radio 4’s Beyond Belief.

Shelina is the vice-president of Ogilvy Noor, the world’s first bespoke global Islamic branding practice for building brands with Muslim audiences. She was named one of the world’s 500 most influential Muslims, and specifically one of the UK’s 100 most powerful Muslim women. The Institute of Practitioners in Advertising named her as one of the Future Female Leaders of British Advertising.

An insider’s guide to telling your story and why your opinion matters: Shelina was a quiet unassuming kid, without confidence, unsure of what her opinions were or whether they were of any value. Inside she felt that there were so many things that needed to be said in the world, especially to put her own experiences forward. But, she didn’t know what to do about it, and even if she did, who was going to listen to her anyway? One stark day she realised that no-one was going to tell her story for her, and so she had better tell it herself. As a recognised global expert, Shelina is here to share her journey from accidental blogger, to her TV debut, to acclaimed author and newspaper columnist, along with a career in the world’s biggest advertising and branding company. But beyond these accolades, she’ll explain why the most valuable thing she has acquired is her confidence and belief in telling her own story. In a world of #FakeNews, sexism, racism and loud provocative voices, Shelina will share her insider tips with honesty and humour, including the two most important things you can ever learn: how to be you and how to make your opinion matter.

How to become an expert in 60 minutes: We need experts more than ever, people with clear, crisp points of view that communicate effectively and engagingly on behalf of their companies and themselves. From the most senior leaders to the broadest lay audiences, being an expert is the key to unlocking more value. Yet many people either don’t know how to be an expert (even though they actually are) or are holding themselves back without realising. In a fun, insightful and action-oriented session, Shelina will draw on her own experiences to show why it is important to see yourself as an expert and the key steps on how to become one. From learning how to identify your expertise, to overcoming internal doubt and external gatekeepers. This talk will help audiences to help them feel more confident, to be more effective leaders and to advocate for themselves and for their companies.

The Importance of Creativity: There’s been lots of talk about diversity, inclusion and representation, but change isn’t happening as fast as we’d like. Why not? And how to do we shake things up? In this talk, Shelina reveals how creativity can be harnessed to establish change and, in turn, unlock business growth. Our industries are at their very best when they uncover how business connects with human stories, walking the line between reflecting culture and leading it. Shelina provides a no-holds barred recount of her intimate, poignant and sometimes shocking experiences that led her into the creative sector. She discusses the lessons she has learned there and explains how any industry can reap the benefits of representation and inclusion through creativity.

How to build a happier world: It was already a difficult few years, and then 2020 happened, which amplified the struggles we’ve been going through. Illness, mental health challenges, social and economic inequality, polarisation, racism and so many other issues have only gotten worse. In 2021 we have the chance to be part of building a better happier world, in our personal lives and our workplaces. In this talk, Shelina will draw on the challenges of her own personal life as a sandwich generation working mum of BAME Muslim heritage, as well as her professional industry expertise in creating new stories and tackling representation for societal change. She’ll identify five key dimensions that will help us build our own happiness as well as the world around us: (business) growth, creativity, optimism, representation and belonging. This talk will inspire positivity and change to energise individuals and build a positive resilient approach going forward.

The other side – What does representation mean, and what does it feel like when you’re not represented? Hear from an industry expert and grassroots activist on how to move from discussions of ‘representation’ and ‘belonging’ to actually making a difference. Ensuring representation in our organisations and public discourse is important, but only when you hear first-hand what it is like to be on the other side of the discussion, where it is literally your life that is at stake, does the urgency and importance of that debate come to life. Shelina outlines her own experiences and uses her expertise to show how we can overcome the barriers that stop us from ensuring representation. In this honest and empowering session Shelina delves beyond buzz words like ‘systemic change’ and ‘privilege’, to a place where both activists and hardened sceptics can find common ground and practical ways to make change.

Imposter syndrome: the final frontier: One of the most powerful barriers holding individuals back from progress is ‘imposter syndrome’, the feeling that you’re not worthy of being in the room, of being on the platform, or of commanding respect and followership. With this syndrome – which affects everyone, but particularly women and individuals of BAME heritage – massive talent is being lost, and individuals are falling woefully short of fulfilling their potential. Sometimes people don’t even know this is what they are suffering from. Shelina will work with the audience to demonstrate what imposter syndrome is, how it affects our thinking and behaviour, and how to overcome the challenges. And in a final twist she’ll show that just a bit of imposter syndrome is actually a superpower, because once you’re too comfortable and complacent, you stop being an agitator for change.

Diversity, inclusion and belonging – everything you need to know but you were afraid to ask: In this session Shelina lays out complex and sometimes alienating and baffling terms to explain some of the most important but sensitive concepts today. Shelina then creates a safe space to ask anything on the subject without fear of judgement or worry. 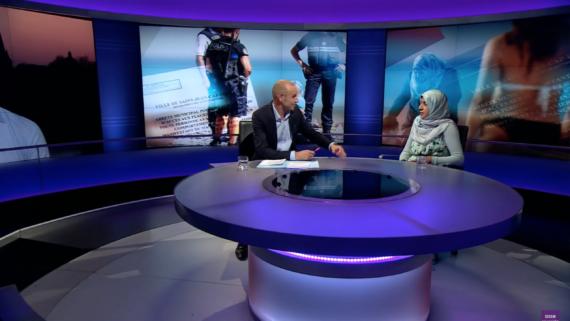 Burkinis: What does the row tell us about France?
BBC Newsnight 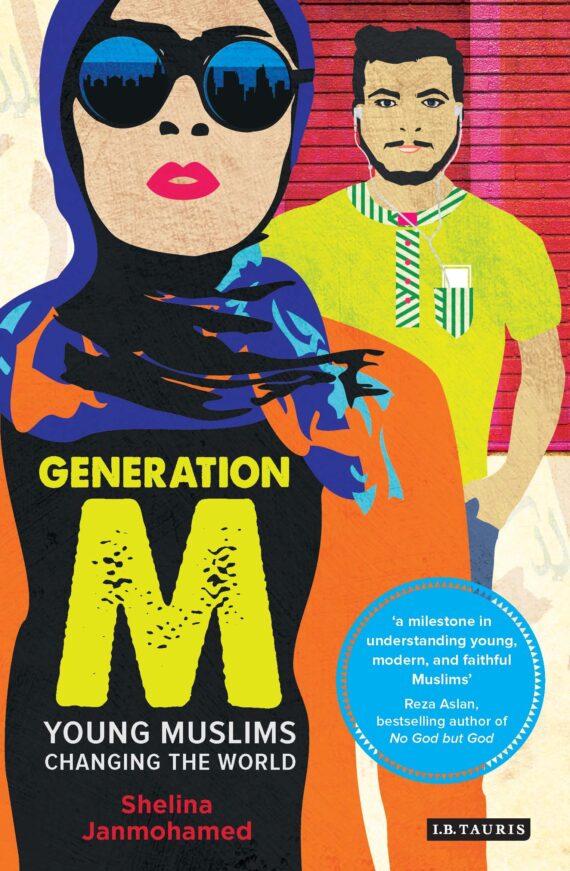 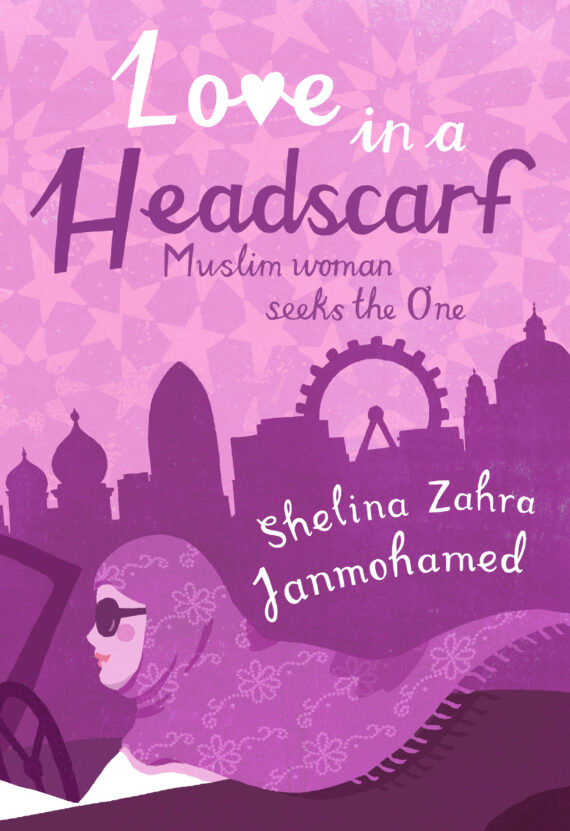 Love in a Headscarf