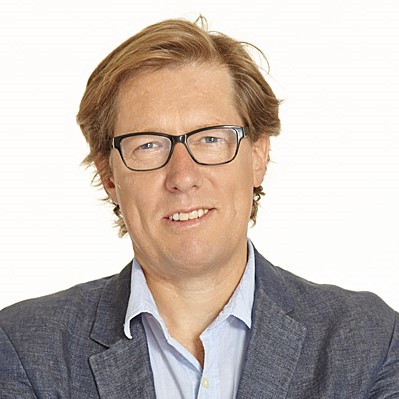 Ian Birrell is contributing editor of the Mail on Sunday and a weekly columnist for The i Paper, while also writing for many other publications including The Times, the Washington Post, the Guardian, the Daily Mail and the Spectator. As a foreign correspondent he has reported from more than 50 countries and is the winner of multiple awards, including the unique triumph of being awarded Foreign Reporter of the Year and Columnist of the Year for the same year (2015). He is a regular broadcaster on television and radio, including presenting a BBC Panorama from the United States and frequent commentary appearances.

His domestic journalism is renowned for its campaigning edge on issues from aid and development through to drug, immigration and prison reform. His writing and investigations on disability in particular, informed by his personal insights as a parent and often focusing on people with autism and learning disabilities such as his daughter, have sparked changes in the law and several public inquiries.

Together with Damon Albarn, Ian co-founded Africa Express, which promotes African music and brings together musicians from around the world. It has organised trips to five African nations, staged acclaimed concerts in Europe and Africa, released five albums, reunited a Syrian orchestra and taken a train filled with musicians around Britain as part of the Olympic festivities.

Africa: The dominant Western view of Africa is a place riven with hunger, poverty, war and disease. Politicians think it needs salvation, the media and aid lobby foster negative images, tourists avoid much of this incredibly diverse continent that is bigger than China, India, the US and most of Europe combined. The legacy of these corrosive and patronising attitudes is Western businesses left hesitant to engage in markets growing in importance as rivals rush in. Britain in particular is throwing away soft power and historic advantages. Yet if Africa was a country it would be the world’s seventh largest economy with middle income status. Its population is surging – Nigeria alone will have more citizens than the USA and a bigger economy than Germany within half a century, while the entire continent will be home to 1 in 3 people on the planet by 2100. From education, to health, to ease of business, many key indicators are moving fast in the right direction. Its mobile-led technology is highly innovative, sometimes driven by state failure, and its media, luxury and consumer markets are growing fast. In this talk, one of Britain’s most authoritative voices on Africa aims to change your perspective.

Disability: The diversity debate has progressed strongly in recent years for women, LGBT and ethnic minorities – and business has often been at forefront of change. Yet one massive minority remains excluded: people with disabilities, especially those with learning disabilities, who are often trapped on the fringes of society and shunned by business. Almost half of working age people with disabilities are unemployed – and more than nine in ten with learning disabilities (although most want to work). They also suffer signifiant pay gaps. This is morally wrong when they comprise one sixth of the population and given the importance of workplaces in changing attitudes. It is also commercially flawed, with big advantages for companies that change attitudes. Staff hired with disabilities are often more loyal. And there are fascinating examples of firms finding fresh creative input from people with learning disabilities, such as the design studio hiring people with Down’s syndrome, and major firms harnessing the specialist skills of staff with autism and neurodiversity. One of Britain’s most prominent journalists on disability issues, in this talk Ian invites you to change your attitudes to disability.