David Davis is a British Conservative Party politician, and served as Secretary of State for Exiting the European Union from July 2016 to July 2018 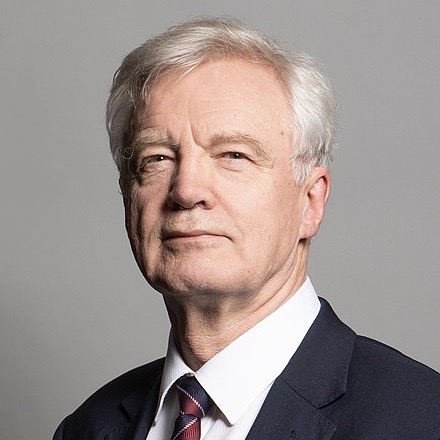 Following the Brexit referendum in 2016, David Davis was appointed to the role of Secretary of State for Exiting the European Union by Theresa May, just hours after she became Prime Minister. He held the role until 2018, acting as Brexit Chief Negotiator and playing an integral part in the Brexit negotiations in the immediate aftermath of the referendum.

Raised on a council estate in Tooting, South West London, David attended Bec Grammar School, after which he joined the SAS reserves, in order to earn the money to retake his A-Levels. After doing so, he gained a place at Warwick University and subsequently London Business School, where he earned a master’s degree in business.

He entered politics in 1987 following a career as a Senior Executive at Tate & Lyle, and has served as Member of Parliament for Haltemprice and Howden since 1997. He also held the role of Minister of State for Europe from 1994 to 1997, and subsequently was Conservative Party Chairman and Shadow Secretary of State for the Office of Deputy Prime Minister.

Known for being a defender of civil liberties, David is an experienced commentator on Europe and the Eurozone, banking, security, education and social mobility. He has recently been a vocal critic of the government’s strategy to combat COVID-19, and continues to discuss Brexit and what it means for businesses.