The world's first supermodel, Twiggy has gone on to become a successful presenter and businesswoman, having created fashion ranges in the UK, the USA and Japan, and is a brand ambassador for M&S womenswear. 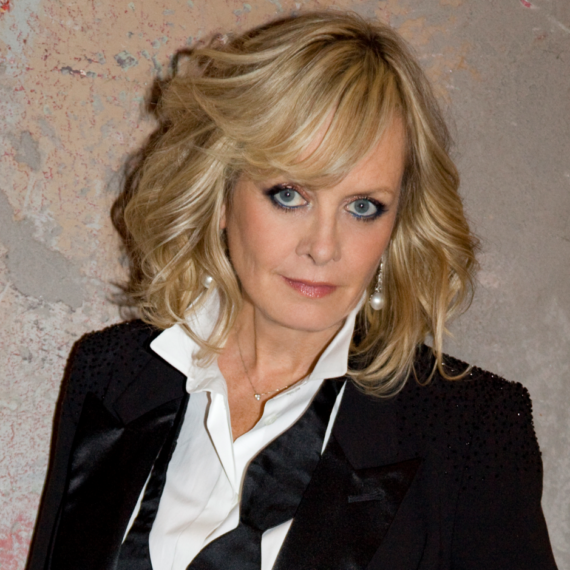 Twiggy’s iconic name and face has been at the forefront of fashion, the entertainment world and media for the past 50 years after being discovered and catapulted to fame in the mid-1960s at the age of 16, and named ‘The Face of ‘66’. She went on to become the world’s first supermodel, appearing on the cover of most major fashion magazines around the world.

Now also an acclaimed actress, singer, fashion designer, writer and TV presenter, Twiggy won two Golden Globe awards for her appearance in the film The Boyfriend and a Tony Award nomination for her NY Broadway debut in My One and Only.

As a designer, Twiggy has created fashion ranges in the UK, the USA and Japan, and is a brand ambassador for M&S womenswear. The Twiggy brand is a global phenomenon that continues to flourish. In 2019, Twiggy was honoured with a Damehood in the Queen’s New Year’s Honours List for services to fashion, the performing arts and charity.