Investigative Journalist, documentary maker and presenter for the BBC 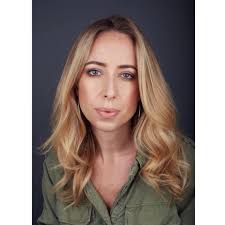 Catrin Nye is an award-winning investigative journalist, documentary maker and presenter for the BBC. She reports across the BBC for programmes such as Panorama, Radio 4, the Victoria Derbyshire programme and BBC World.

Catrin previously spent many years reporting for Newsnight and BBC Asian Network developing a specialism in Britain’s minority communities, an area she continues to work on today. She has also written and reported for the Guardian, Prospect, BBC Radio 1, BBC World Service, 1Xtra, 5Live, BBC Breakfast and local radio across the UK.

Catrin was born in Brecon in Wales where she grew up – she is currently based in London and Cardiff (and on a plane/train).