A few years ago, the only time International Men’s Day really came up in conversation was when faceless twitter accounts angrily declared “bUt WhEn Is InTeRnAtIoNaL MeN’s DaY?” whenever International Women’s Day came around, and gender issues and biases were brought to the mainstream media. But with growing awareness, and the changing shift in our cultural consciousness allowing us to have more open conversations about our wellbeing, International Men’s Day has grown into its own, positive, calendar date.

While men don’t face the same social and structural issues of women in society (for example, the gender pay gap sees men being paid more for their work than women) – we do face one huge barrier, which women are coping with much better. Our mental health.

Paradoxically, at a time when we are hyper-connected through our phones and social media, across the western world, we are increasingly becoming more lonely, more isolated and cut off from those around us. And it’s affecting our mental health – the charity Mind estimates that 20% of the general population has experienced an issue with our mental state within the last two years, rates of loneliness are increasing, while suicide is the biggest killer of men under 40.

The crisis support line Shout!, which offers confidential conversation support for people in a crisis, reports that most thoughts of suicide arise when people feel they have nowhere to turn to, no support network and no outlet for their struggles. It’s stereotypical, but true, that women are often better at having emotional conversations – and with men told from a young age that “boys don’t cry”, that we need to “man up” and “tough it out” it’s no surprise. It’s also why we need a huge public shift in how we view masculinity, and to encourage men to talk about their feelings. 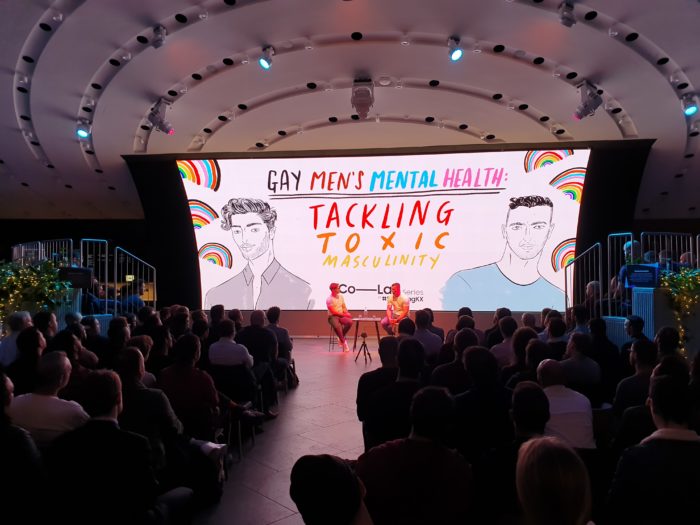 So on the eve of this year’s International Men’s Day, in front of a packed audience of over 200 men, I sat down for a conversation with professional rugby player Keegan Hirst, as part of the Samsung Co-Lab Series. Entitled Tackling Toxic Masculinity (get it? Because we’re both rugby players – who tackle on the pitch, now tackling an issue. Thank you), I interviewed Keegan about his mental health and how he learned to speak openly, and honestly about his well-being.

A few years ago, Keegan Hirst became the second ever professional rugby player to come out and publicly acknowledge his sexuality. While Gareth Thomas was the first professional rugby player to come out as a gay man, he did so after retiring from the sport, making Keegan the only currently out professional still playing. But why is Keegan’s sexuality important? As previously mentioned, it’s estimated that 20% of the general population experience mental health issues, this jumps to an alarming 52% of LGBTQ+ people, so the issue disproportionally affects queer men, women and the non-binary. Keegan, over the course of our discussion, talked of how concealing his sexuality, and experiencing a society with a lack of positive role models, caused the pressure on him to build, resulting in drinking issues, the breakdown of his relationship and nearly concluded with him taking his life. Reaching this breaking point, and stepping back from the edge due to his love for his children (before coming out, Keegan was married and had two children with his then wife), he knew he needed to make a change, be honest about his identity and start to live an open, authentic life.

Collectively with the audience, we discussed the pressures facing men today that prevent them from speaking out – and how toxic masculinity (the destructive, antiquated ideal of what it means to be a man) vs the masculine ideals (being caring, looking after people, being brave and honest) can be separated, challenged and – in the instance of the positive masculine – channelled to encourage us to look after ourselves, and those around us better. If part of being a man is being a protector and looking after those around us, then – to borrow from inflight safety instructions – we can only look after others if we are looking after ourselves. Speaking about our emotions isn’t a sign of weakness, it is a sign of bravery. Standing up and saying “I’m not okay” isn’t a defeat, but an act of strength.

Alexis Caught is an award-winning podcaster, writer, speaker, model and rugby player. He hosted this live discussion and interview with Keegan Hirst at SamsungKX, as part of the Co-Lab series, a series of cultural programming from Samsung. The talk was entitled “Gay Men’s Mental Health: Toxic Masculinity” and will be available to stream online from February 2020 as part of Qmmunity podcast. 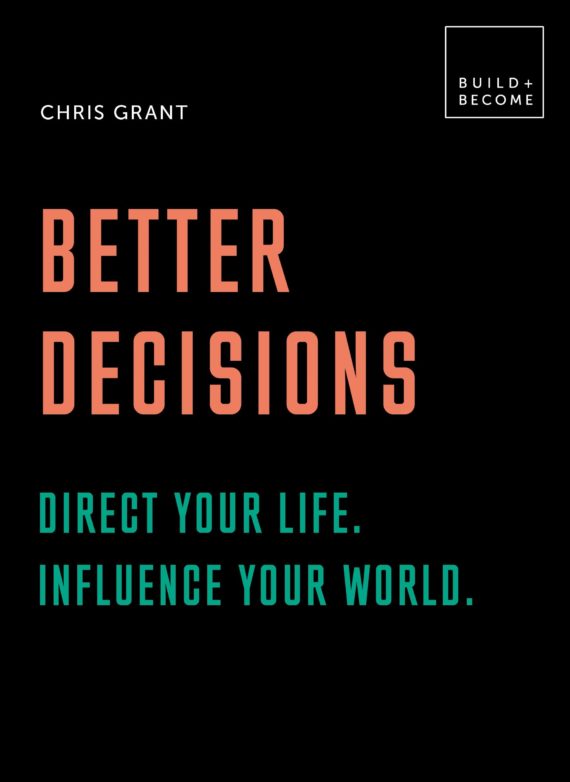 Chris Grant: I Can See Clearly Now… Making Decisions in a Time of Crisis 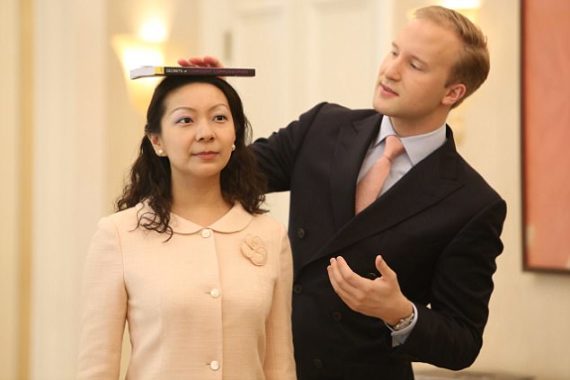